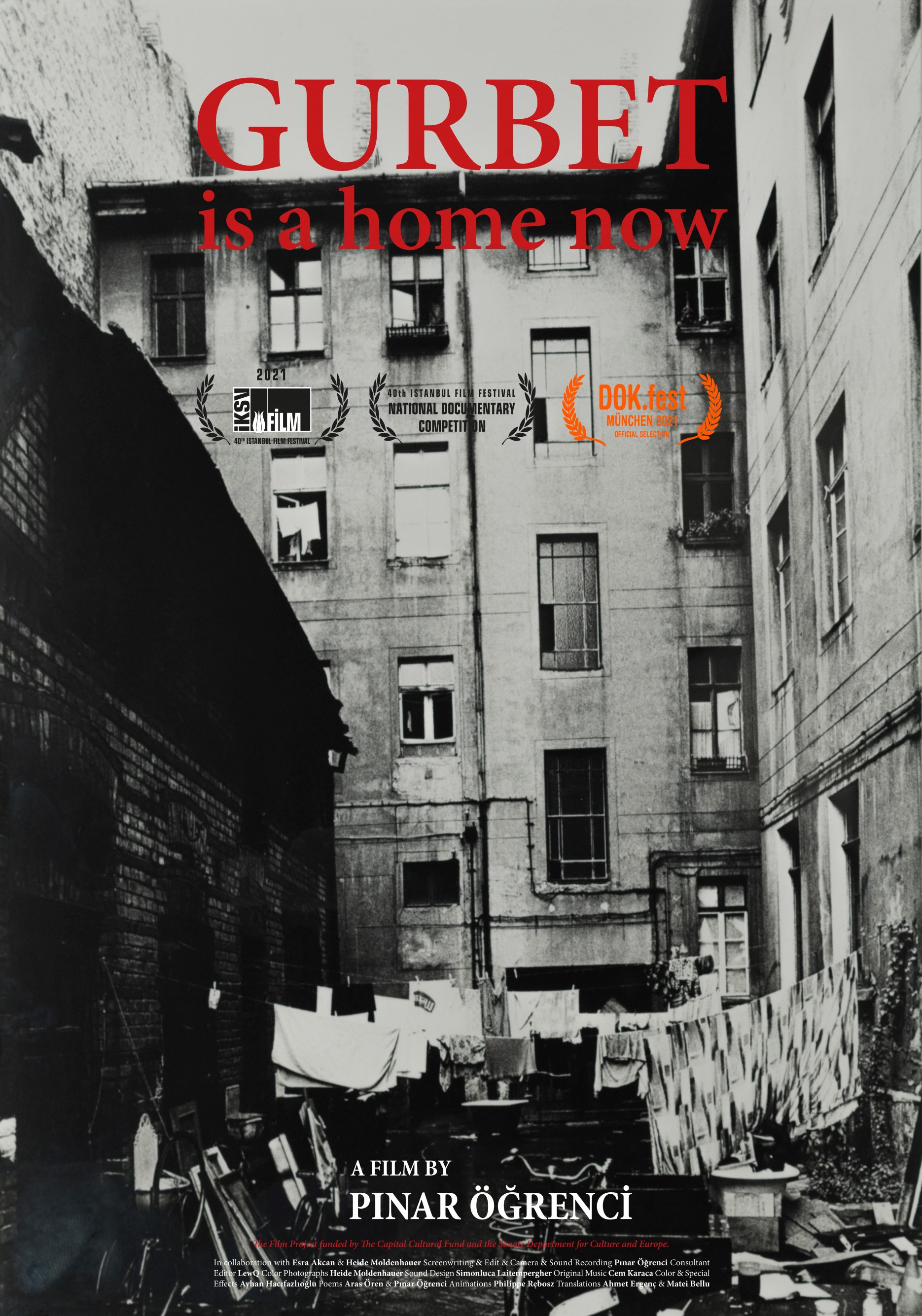 ‘Gurbet Is a Home Now’*(2020, Germany) is a documentary film by artist and filmmaker Pınar Öğrenci that puts under critical review the urban planning principles in 1980s Berlin that displaced migrants through occupancy quotas. Film based on Esra Ekcan’s book ‘Open Architecture: Migration, citizenship and urban renewal of Kreuzberg in 1984-7 by IBA (International Bau Austellung) and photographic archive of German architect Heide Moldenhauer. Produced in collaboration with these women architects from different generations, the film centers around the personal experiences and solidarity amongst the women migrants and guest workers living in Kreuzberg.

Pınar Öğrenci who had her first solo exhibition abroad at Kunst Haus-Hundertwasser Museum Vienna in 2017, turns back to the city for the screening of her first documentary film ‘Gurbet Is a Home Now’. Öğrenci will be discussing on her film and the relationship of architecture and violence through her works afterwards.

*The term “Gurbet,” which does not have an exact English counterpart, comes from the Arabic root “ğrb” and means being away and apart from homeland. The name “Gurbet Is a Home Now” is inspired by poet and actor Aras Ören’s 1980 poetry book Gurbet Değil Artık (Not ‘Gurbet’ Anymore), the last part of his Berlin Trilogy (1980).

“Gurbet is a home now” expresses the transformation of the “place” that, for the guest worker who came to Germany with plans to return to their homeland after a while, was at first a foreign land and gradually became a home.  Artist and filmmaker

Pınar Öğrenci (1973, Van, Turkey) lives in Berlin. She has a background in architecture, which informs her poetic and experiential video-based work and installations that accumulate traces of ‘material culture’ related to forced displacement across geographies. Her works are decolonial and feminist readings from the intersections of social, political and anthropological research, everyday practices, and human stories that follow agents of migration. Öğrenci has been nominated for Böttcherstrasse Kunst Prize in Bremen in 2022 and won Villa Romana Prise for 2023. Her first documentary film ‘Gurbet is a home now’ won Special Jury Prize of Documentarist Film Festival and selected for National Documentary Film Competition by Istanbul Film Festival in 2021. Her works have been exhibited widely at museums and art institutions including documenta fifteen 2022 in Kassel.

In alignment with current COVID -19 regulations, please be prepared to wear an FFP2 mask and to share your info on the contact tracing sheet.