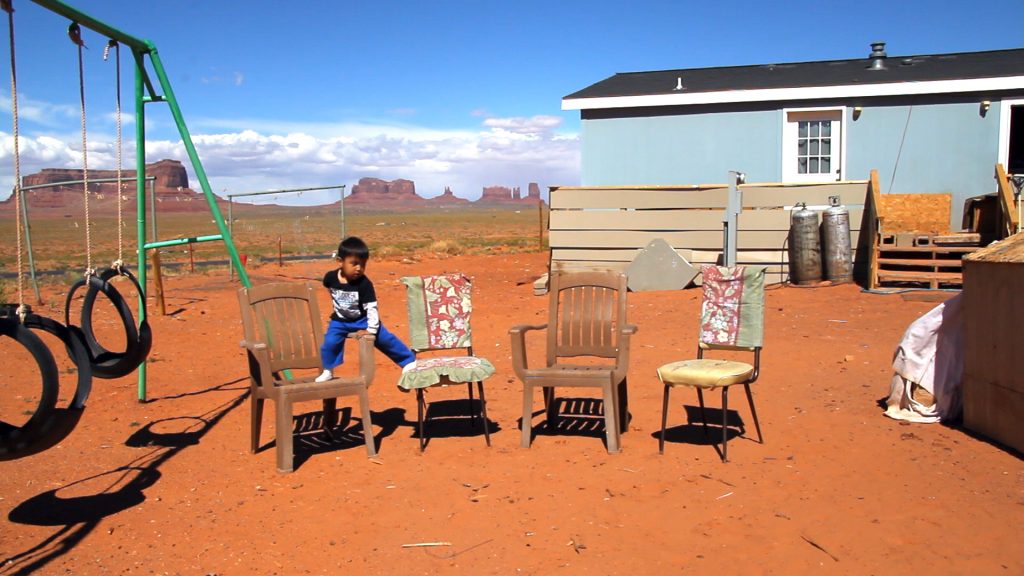 Let´s adapt our living space! Owners of mobile single family homes, rolling across the USA in the award-winning film “Chasing Houses”, as well as the architects Lacaton & Vassal w. Druot are following this prompt in their approach towards architecture. The Parisian Tour Bois-le-Prêtre can be seen as a master class in adaptive housing, giving people the opportunity to stay in their apartments during a major upgrade of an HLM in the banlieues.

The Tour Bois-le-Prêtre used to be unflatteringly dubbed ‘Alcatraz’ and was scheduled for demolition. Together with architects Lacatan & Vassal and Druot, the City decided to renovate the social housing block, however without the occupants’ having to move out for long. The film emphasises the role of social interaction in architecture and highlights the possibilities of innovative renovation.

…And sometimes all it takes for a great movie is a wall, anticipation, and a plot with a twist.

Mobile homes, prefabricated houses produced in series, on their way along the highways of the USA. The vastness of the West, and encounters with the people who are living in, transporting or selling their homes. A complex image of different ways of life, mobility and home. What is freedom for some is pure necessity for others. A very special kind of Road Movie that has won multiple awards, including “Best Documentary” at New York Film Week. Enjoy!