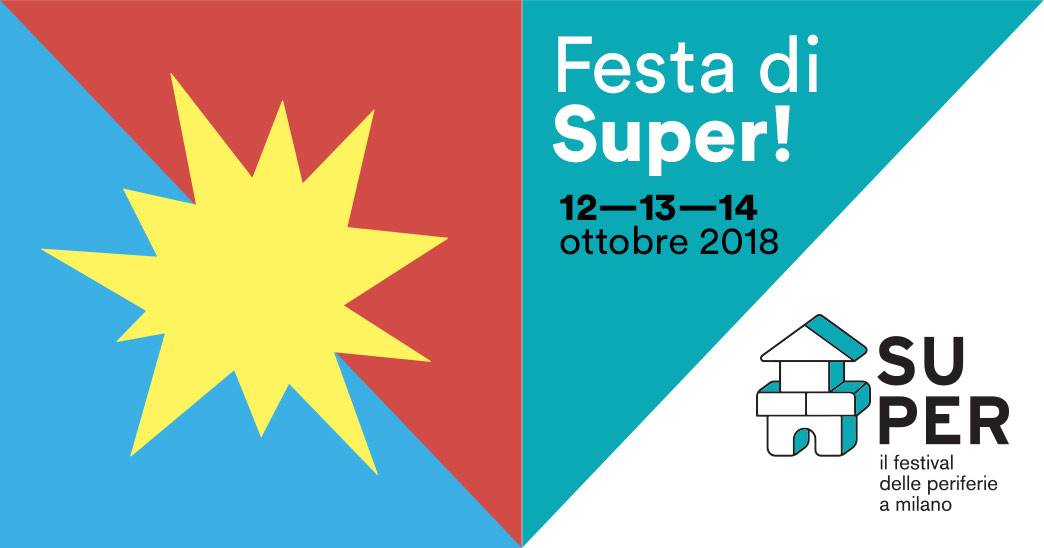 Milan has changed rapidly over the last seven years: it has become a global city that attracts countless investors and tourists in large part due to the plentiful resources in the financial, media, fashion, and design sectors. Like many international cities, Milan is experiencing continuous growth and renewal, made visible through investments in high-quality transport and infrastructure systems; a thriving expansion of initiatives related to the so-called sharing economy; emphasis on new strategies for land management, urban biodiversity, social innovation; and a growing political climate that encourages manufacturing entities to return to the cities. This development is, at the same time, stimulated, fed, and accompanied by a rising and widespread active citizenship that has regained an important role in the discourse and actions that define our public space.

about the SUPER festival

Super is a festival of the peripheries, which aims to create a narration including all that exists, spring and activate in the Milan peripheries. An archive of practices, actions, realities that will be slowly told by immediate, performative and pop formats which involve a large audience.
Super has developed an act of listening and direct engagement of both those who live and inhabit the peripheries and those who administrate and build it: a plot of different words and reports, drawings and photos, films and recordings which describes these territories in a way that stands apart from the typical narratives which convey negative stigmas on suburbs.

Ingredients of the SUPER festival

Super has walked 23 tours in the peripheral neighbourhoods of the city, meeting and getting more than 160 subjective reports on the state of peripheries from people which is active in groups, associations, small enterprises, cooperatives and other entities of the third sector. For this reason, we define Super as a ìslowî Festival: moving around the city centre, it has generated projects and events, which has dealt with a taxonomy of concepts which characterise the urban reality and the life of those actors we have met there: dwelling, working, moving, entertaining and reproducing, socialising, reprogramming, growing, producing value, communicating.

the creators of the periphery festival

Along our way we have involved videomakers and artists, sociologists and economists, writers and componists, actors and performers, journalists and anthropologists, architects and urbanists: all of them have been invited to confront themselves with the peripheries in their geographical, social, cultural, administrative aspects and, out of this experience, to conceive and implement original projects.

Dates and activities in the periphery in Milan

On 12-13-14 October, Super will put on stage an engaging, popular marathon of events spread in the city: the different events will take different formats – such as debates and projections, workshops and talks, shows and performances, installations and experiences ñ and involve different audiences depending on the neighbourhoods where they are presented.

It will be once more a chance to activate and discuss about the resources of peripheries, both in terms of places, citizen initiatives, and local institutions. We will do it by staging the results of some strict interactions we had with specific actors of local neighbourhoods, started by a deep act of listening. At the same time, we will broaden this reflection to an international scale, inviting national and international groups to discuss the topics which have characterised our research and exploration.