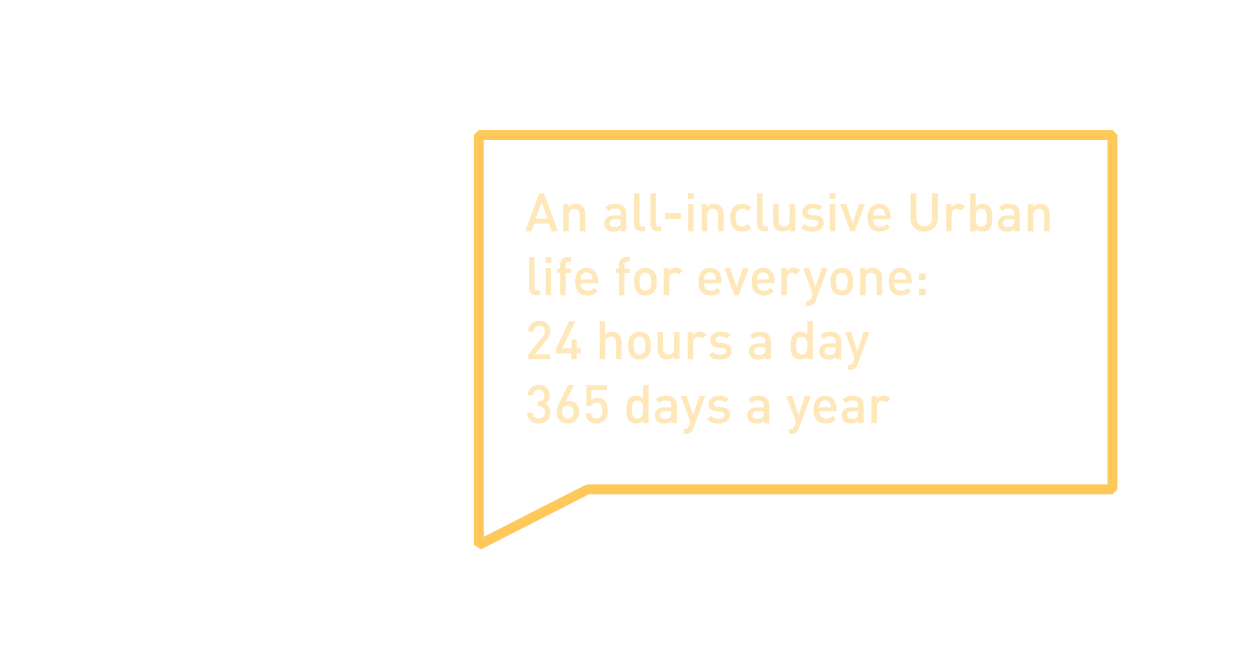 European Architecture and urban planning practices collaborate within wonderland’s network, inviting wider audiences to engage in current discourses connected to architecture in the widest sense. Even though Wonderland – platform for european architecture is based out of Vienna (AT), its members and partners are spread around the world, with a majority being based throughout
Europe. Following the impressive results and success of “wonderlab” – the special 2-year program that took place in Vienna (AT), Kiev (UA) and Berlin (DE) – wonderland teams launched and organized unique projects in 2015, taking place in various European cities.
Work-Life-Balance is a study researching the phenomenon of why only 18% of architects in Austria are females. The research results, strategies and models on combining architectural work and family were published in German under the title “Vereinbarkeit von Architektenberuf und Familie.” The project was carried out by wonderland funding teams represented by Silvia Forlati and Anne Isopp, as well as a new colleague Sabina Riß-Retschitzegger from TU Vienna.

One of wonderland’s revered formats, blind date, has a new project leader. Bostjan Bugaric of KUD C3 continued to explore the themes of previous years, focusing on Urban Realities through an international call seeking creative visions for abandoned construction pits. From the entries submitted, 3 teams were chosen to take part in the blind date in Ljubljana (SI). The video entries of other applicant teams were also exhibited, and are now available for online viewing on wonderland’s blind date channel. Bostjan intends to continue to explore this topic in upcoming years, as well as collaborate with the authors of the videos.
Movies in wonderland continued its collaboration with AzW and frameout. 8 extraordinary movies about “Shelter, Housing and the Formation of Cities” were shown at the open-air festival in MQ Vienna (AT). Special guests took part in the discussions following the screenings. Two additional screenings, engaging the public in architecture related topics, took place: an open air screening of “Forms in Relation to Life – The Vienna Werkbundsiedlung” in the Werkbundsiedlung Vienna (AT), and the screening of “Und in der Mitte da sind wir” as part of the DokuMontag event at the Czech Center in Berlin (DE). All screenings were organized and curated on behalf of wonderland by Marlene Rutzendorfer.

While continuing to organize events for the format, the project leaders of project space have also successfully established a new association named Eutropian in Rome (IT), now a strong collaboration partner for wonderland. The topic for 2015 was the activation of marketplaces, which due to the increase of supermarkets and shops, continue to lose their use and functionality, resulting in the loss of public interest. Participants for the 2 workshops titled “New Life to Marketplaces,” were selected through an international call accompanied by research on finding market-activists. The workshops resulted in interventions in Rome’s marketplaces, together with the locals. New ideas, projects, publications, partnerships and collaborations resulted out of the events, and they will be applied in the upcoming years. The experience gained is shared as always on our digital platform and will live on in our projects.

Once again, Wonderland’s teams managed to work with very tight budgets while tackling issues that matter. We would like to thank everyone who contributed towards making this year a fruitful and successful one. We would also like to use the opportunity to thank our supporters who made the projects possible. You’ll find a list of our team members, collaboration partners and supporters on the last page.

Bahanur Nasya
on behalf of the wonderland board

please have a look on the report here annual_report_2015_full_small. Feel free to share.