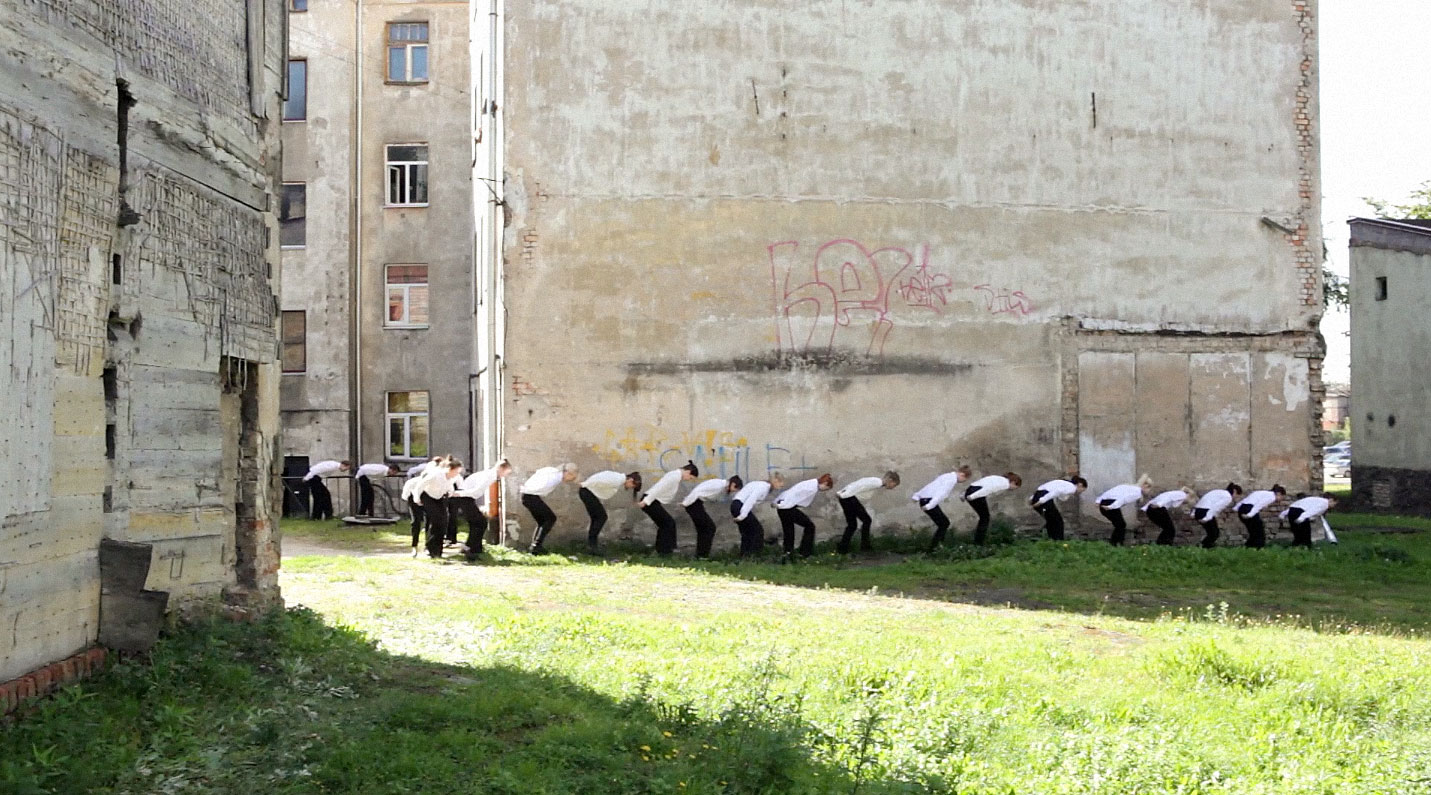 Architektur.Film.Sommer 2017 – Battle for the City
Cinema evenings in the Az W courtyard
in cooperation with Architekturzentrum Wien (Az W) and with the MuseumsQuartier Wien

The Future of Yesterday

The opening evening is devoted to ideas on urban planning from the post-war era, some of which were implemented, some not. What would the city look like today if every city motorway, slum clearance and urban renewal project of the 1950s and 1960s had been carried out?

Inspired by the book “The Practice of Everyday Life” by Michel de Certeau this film is dedicated to the “common man, the everyday hero, a widespread person, to the many who are on the move. These anonymous heroes have been on the move for long time. The protagonists who yesterday symbolised families, groups and orders are slowly vanishing. Now comes the number, the number of democracy, the big city, the administration and of cybernetics. An adaptable and coherent mass, a dense mesh like a fabric without tears or seams, a multitude of statistically recorded heroes who lose names and faces and become the mobile language of calculations and rationalities, who belong to no one. Coded traffic flows.” (Michel de Certeau)

In 1960 Jane Jacobs sent shock waves through the world of architecture and town planning with her book “The Death and Life of Great American Cities” in which she analyses the impact of restructuring cities according to the principles of modernism. As an activist Jacobs was involved in a number of struggles in the mid-20th century, which aimed at hindering New York’s hyperactive” master builder”, Robert Moses. The film traces these struggles for and about the city, personified by Jacobs and Moses, at a time when urbanisation and the adaptation of the city to suit the motor-car were at the top of the global agenda. The film examines the city of today through the eyes of one of the people who knew it best and was one of its greatest advocates. A precise second look at Jacob’s understanding of the city seems appropriate: many of the solutions to the dizzying number of urban questions we ask ourselves today are to be found in Jacob’s forward-looking texts.

The animated film “Ginny” is based on the further development of a newspaper story. Four young people, the youngest around 14 years old, threw a cat out of a window of a high-rise building, four successive times. The film version of Ginny is based on a fictitious dialogue between a 14 year old girl and a psychologist.