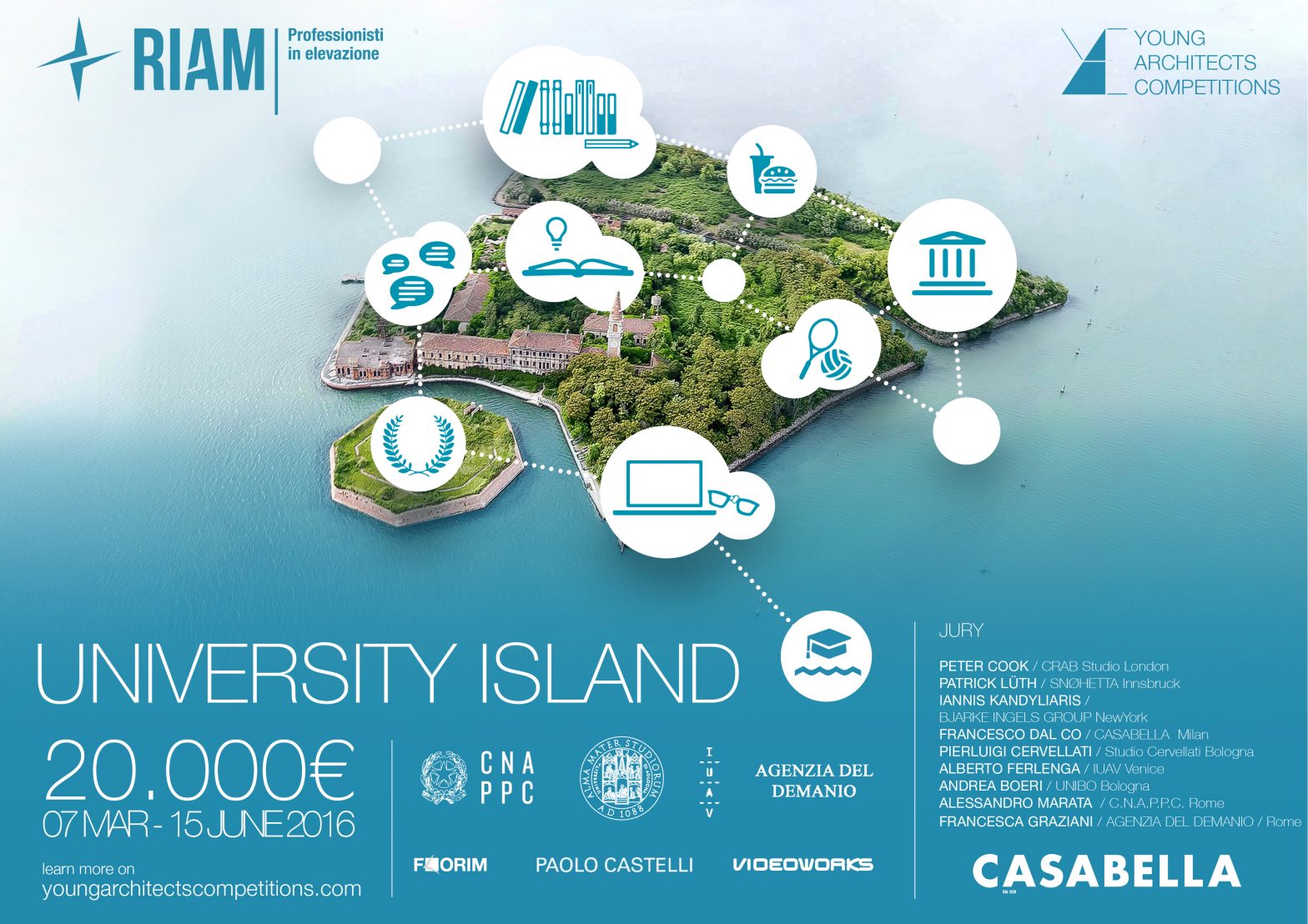 In one of the most charming places in the world, a few kilometers far from San Marco’s bell tower in Venice, a fascinating authentic island skimmed by waters, emerges shyly: Poveglia.

Over the last years this incomparable gemstone had to undergo, a disastrous decline, a thick vegetation has grown wild affecting every cultivation and crushing every architecture.

The Italian Government  – the owner of the estate –  has lately put a spotlight on Poveglia, in order to make a reuse of the island possible.

In the wake of this purpose, YAC launches University Island, a project to transform Poveglia into a dream university campus; a place of  training, leisure and relax for the many students gathering in Venice.

How to transform a desert island into a spearheading study and research center? Which architecture should be integrated in one of the most delightful locations in the Venetian Lagoon in order to create an international campus to equal the value of one of the most stunning cities in the world?

On these questions, YAC,  with the support of RIAM, lays the foundations for University Island  inviting all the designers to feel completely fascinated by the magnificence of one of the most breathtaking places of the Venetian Lagoon.   Yac thanks all the architects who will take part in this challenge.